This is what the world’s happiest boyfriend looks like.  Maybe he really hates the hat or maybe it’s just my company.  I only get to see Max every 3 or 4 weeks because I’m at university in London and he’s studying in Manchester.  It sometimes sucks but it definitely makes us appreciate each other a lot more when we actually get to see each other.  Last weekend, it was my turn to visit so I hopped on the train at Euston and bumbled up to The North. 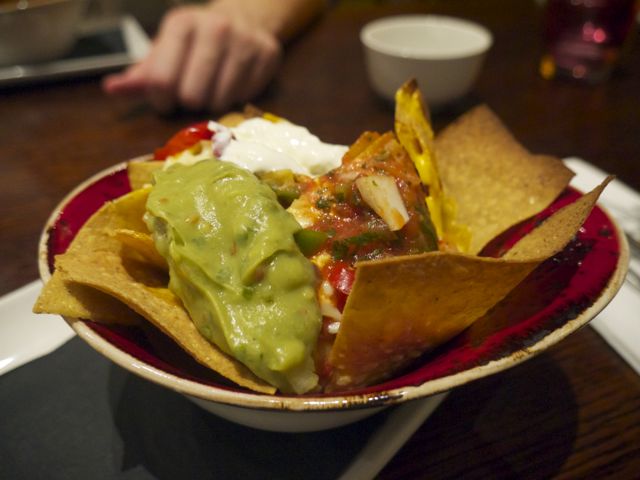 We decided to grab a meal at Chiquito because I’m a huge Mexican food lover and it’s very forgiving to student purse strings.  As Max and I are basically the same person, we both ordered the same meal.  We had nachos to start which were stacked high and covered in Texan style cheese sauce, jalapeño peppers, melted cheese and sour cream, as well as homemade salsa & guacamole. 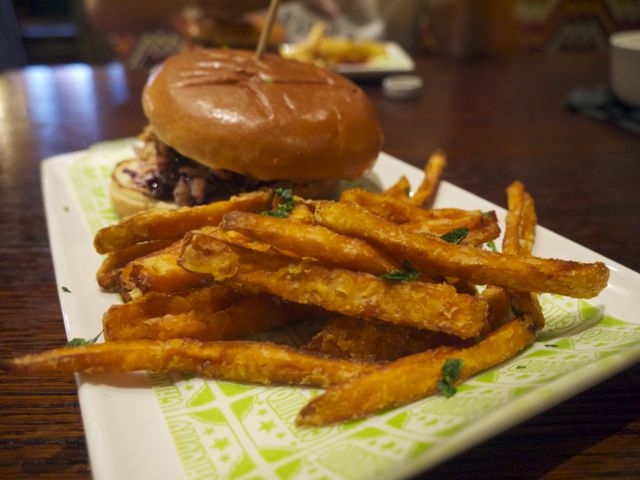 We then had the BBQ pulled pork Texan Torta which came in a soft brioche bun, layered with chipotle mayo and homemade coleslaw.  Max asked to have his served with skin-on-fries but I put in a special request for sweet potato fries because once I saw them elsewhere on the menu, I had to have them. 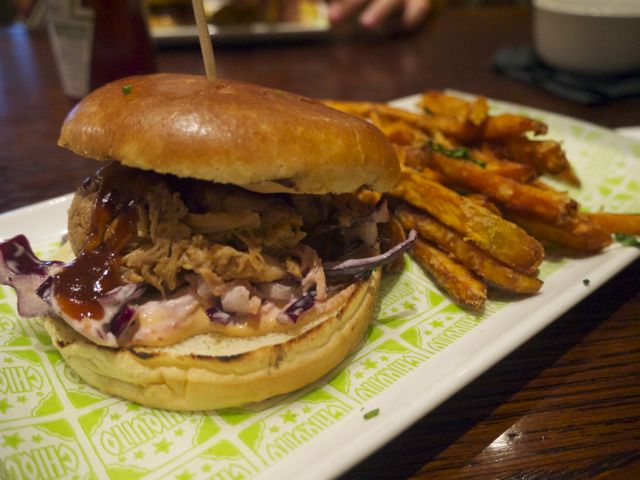 You really can’t trust people who eat burgers with a knife and fork. 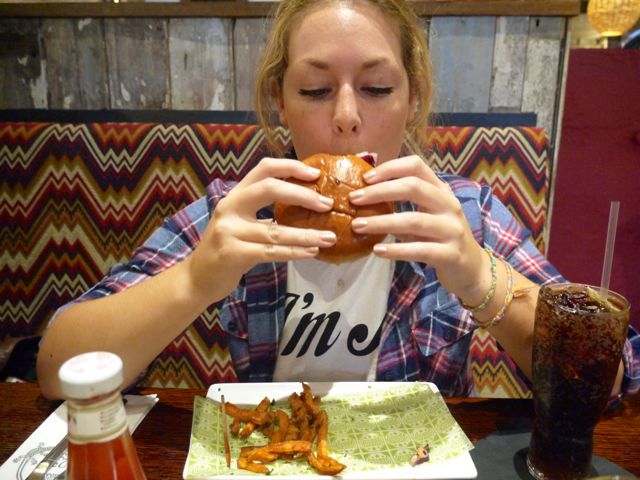 The next day, we headed down to Salford Quays where Media City is as Max had a race.  The team did really well but unfortunately didn’t win, and the weather held out until they’d finished racing which I was definitely grateful for as a spectator! 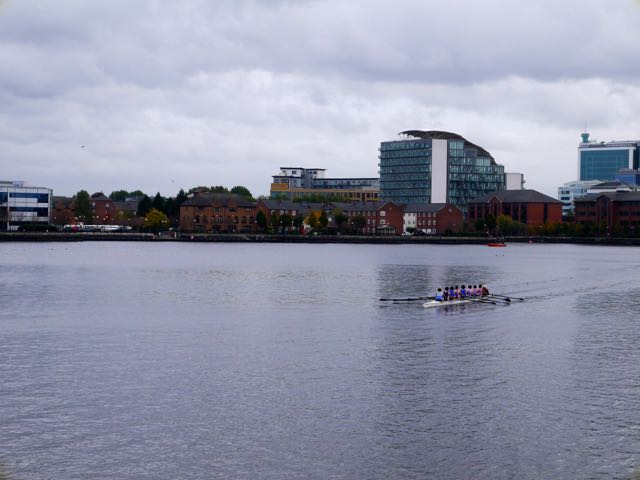 We finished off a great weekend with a trip to the Manchester Museum which we were both astounded at.  It housed everything from ancient Egyptian artefacts to tree frogs to dinosaur bones!  It’s well worth a visit if you’re ever in Manchester and near Oxford Road.

It was a lovely weekend and I’m always sad to say goodbye but we’re already planning what we’re going to do in London in 4 weeks time! 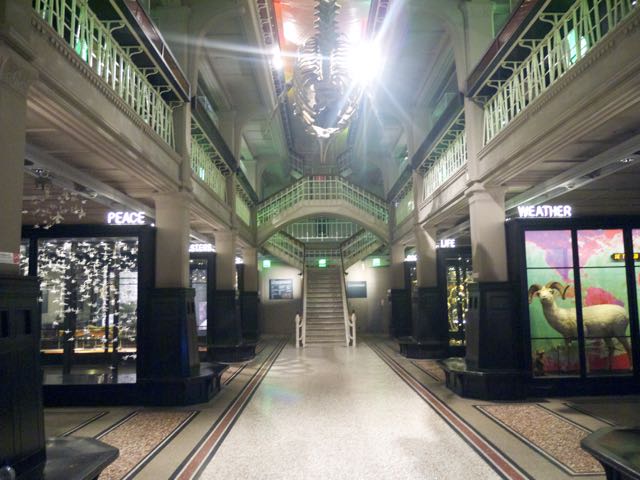 4 thoughts on “Rowing, Chiquito and the World’s Happiest Boyfriend” 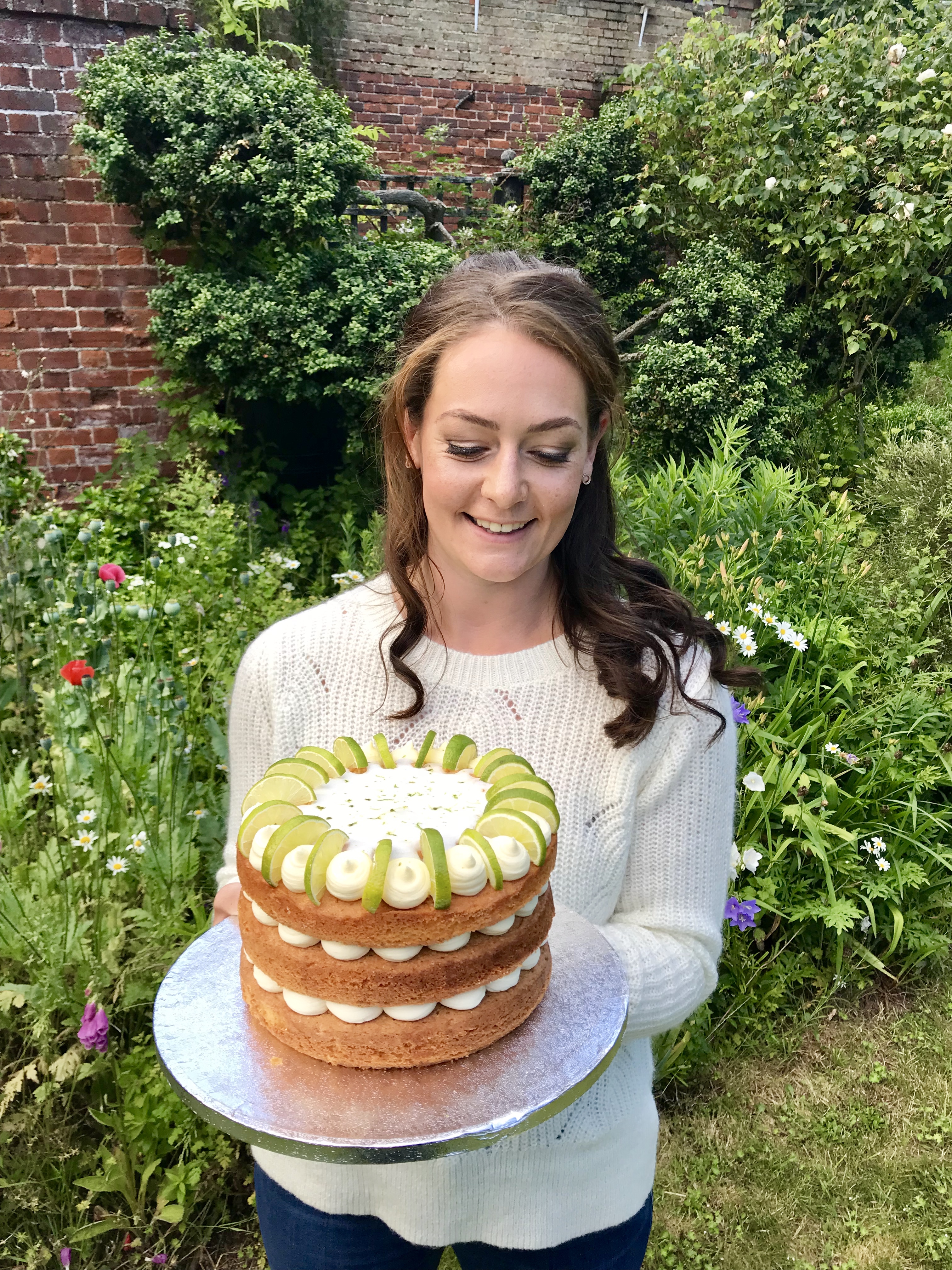