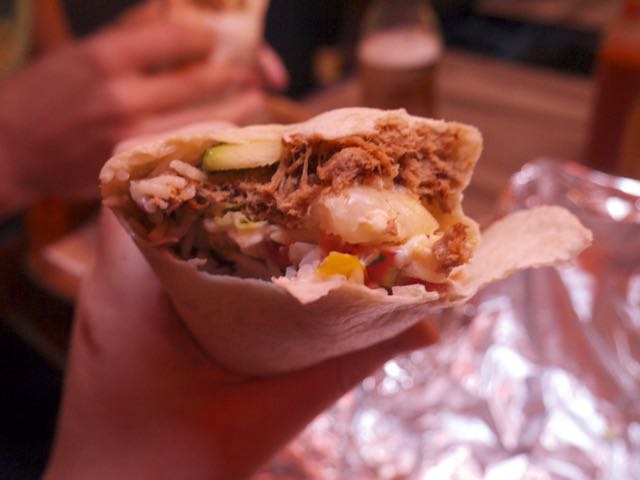 So if I told you there was a place in London called the Burrito Cafe, would you believe me?  Of course you would!  Imagine Subway, but with an underground Mexican vibe and way more salsa.  My friend from school is doing a placement year in London for his degree so we decided that it was about time that we finally got together for a good catch up and some food.

There is also a Burrito Cafe near Kings Cross but we went to the Charing Cross one which is on William IV Street.

After only having to glance at the menu for a few seconds until I spotted the only words worth knowing, “pulled pork”, we ordered and started nattering away.

Once the food had arrived, we had to have the classic ‘how big is your mouth’ competition which Jacob won hands down.

We also ordered churros for dessert but unfortunately due to technical difficulties (we got excited and ate them too quickly), I don’t have any photos of them, but you can just take my word that they were delicious!

2 thoughts on “Wholly Guacamole at the Burrito Cafe”